The weather was just perfect for this A&D Special Puppy test, dry and bright and breezy, much fresher than it might have been on the last Saturday in June!

Our judges were Mark and Pauline Lucas who were to mark us on four tests so we split into two teams and stayed with each judge for two tests.

Test 1 – Handler with dog at heel walked to about a dozen paces along a grassy track and the around the bend into a headland strip next to a crop of wheat. Ahead of us as we turned the corner into the field was a dummy thrower behind a fallen tree who fired a shot to signal the two blinds which were in long grass in front of the fallen tree. We were sent for the first one by the judge and the second in our own time.

Test 2 – A long mark with shot in long grass where the dog would be unsighted as it came to the fall.

Test 3 – Handler with dog at sitting heel facing a cover crop of young shoots of maize. A dummy thrower on our left tossed a dummy forward to the edge of the crop which we were to retrieve ourselves. As we started to return to our dog a gun was fired and a dummy thrown some 80 yards ahead onto the earth where the maize was sown. We were to hand the first dummy to the judge and were then told to send our dogs for the long mark.

Test 4 – A straight forward mark onto a pond with the dog crossing over a fallen birch tree.

As with most Special Puppy Tests there was a considerable age range from 12 months to just under 24 but the tests were achievable with little or no handling. The scores were therefore very close with two on 79 and three on 77 which led to two run offs for 2nd and 3rd and 4th plus two COMs. The first place went to John Boyle with a very commendable 80/80.

Meanwhile Lynette Irwin was judging the young handler tests in another area and although we missed their award ceremony at the end of the morning, the winners were all congratulated again. I gather first and second place went to two of Hilly’s dogs being handled by: ALICIA UPTON-JARVIS aged 14 and TOBY UPTON aged 8

As the awards were given for the Special Puppy the handlers for the Novice Dog, Novice Handler Test were gathering so it was time to wish them all good luck and beat a retreat. Thank you to all the helpers at A&D for a lovely well run morning of tests for our young dogs. 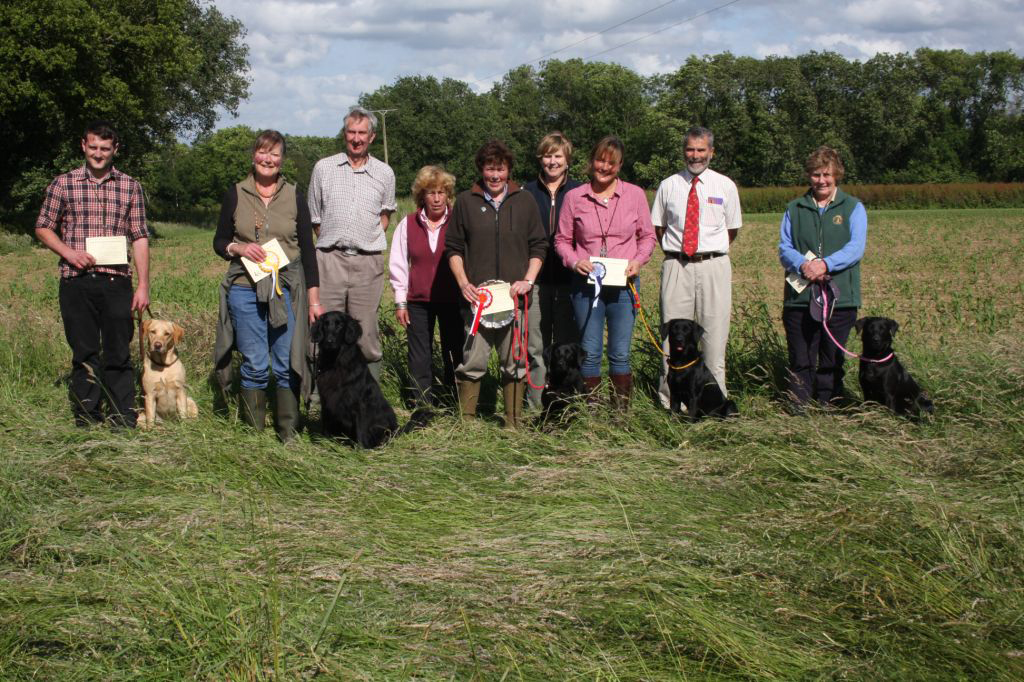